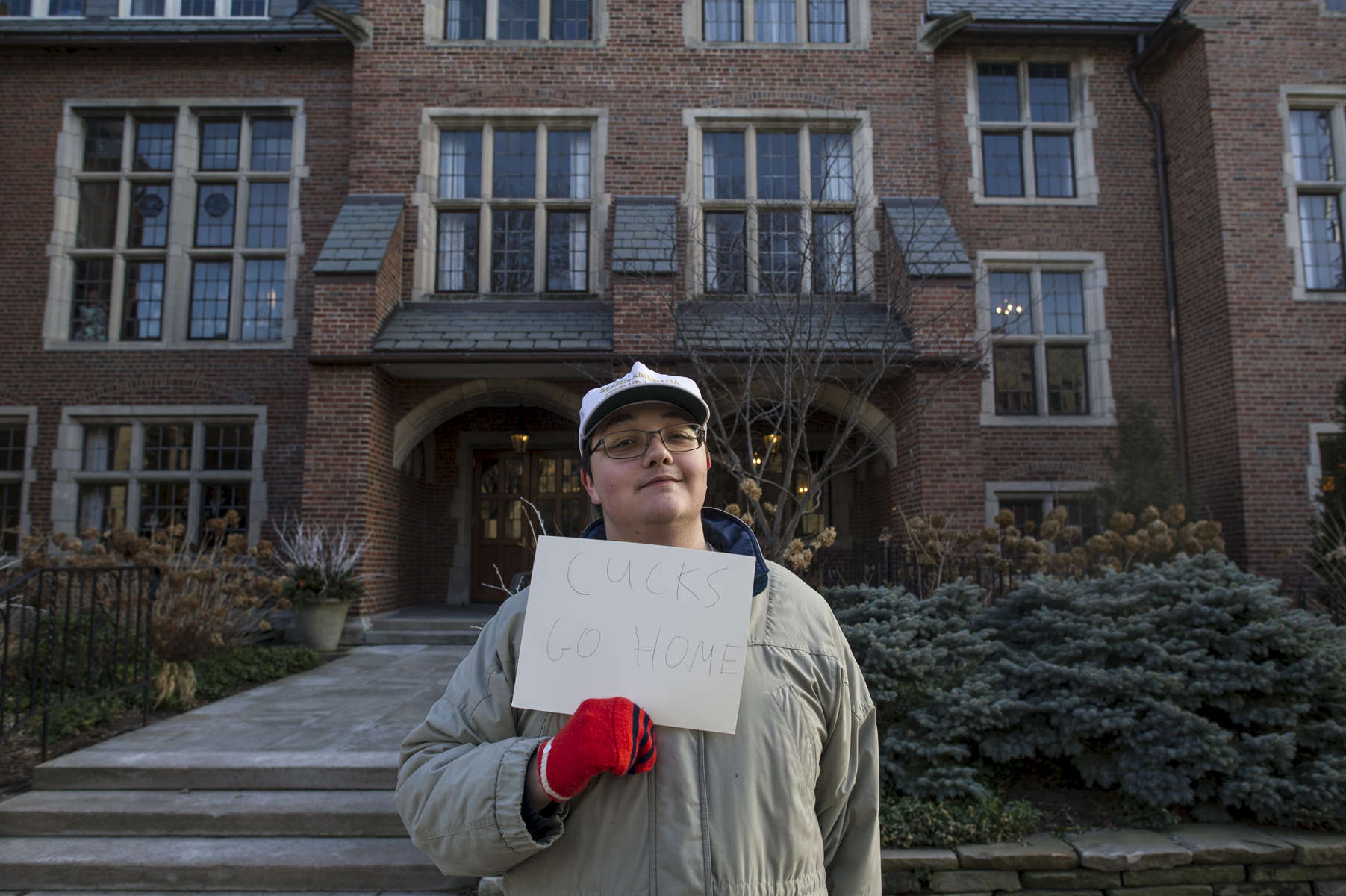 Chicagoan Paul, who wouldn’t give his last name, holds a sign using the pejorative “cucks,” which is used by alt-right conservatives against conservatives they perceive as weak, in front of the Quadrangle Club, 1155 E. 57th St., as protestors gather across the street to demonstrate against political operative and former Donald Trump campaign manager Corey Lewandowski during his visit to the University of Chicago, Wednesday, February 15, 2017.